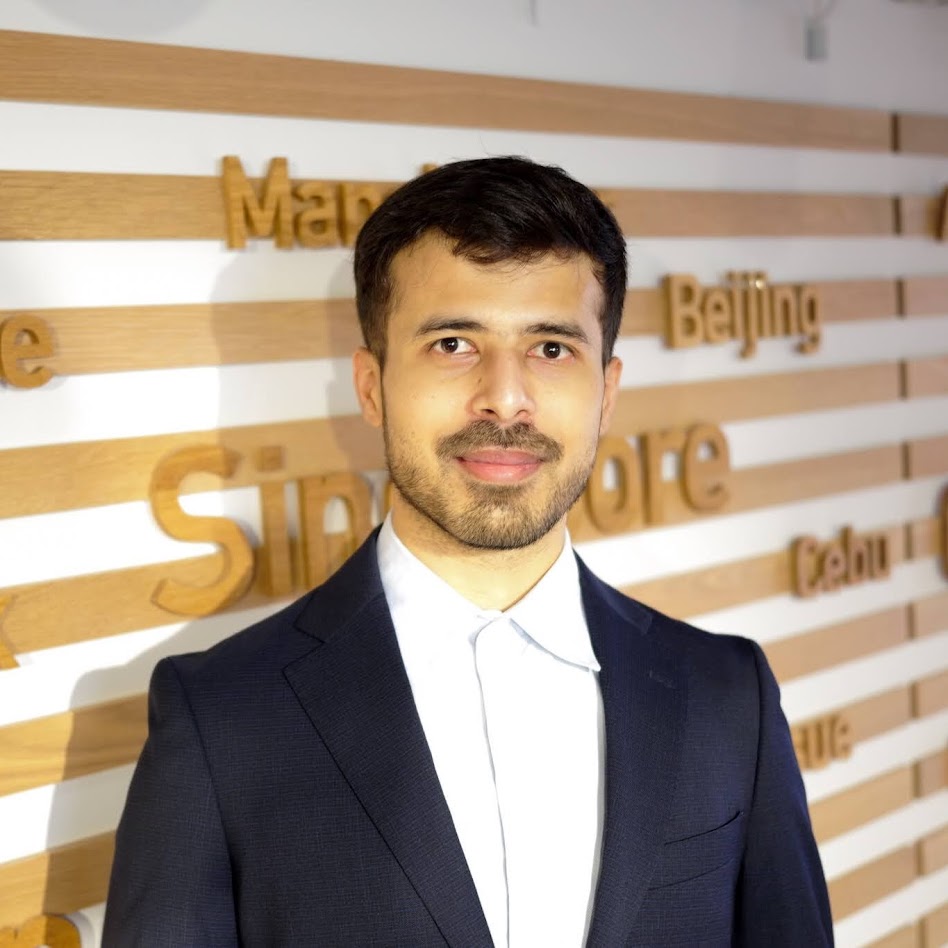 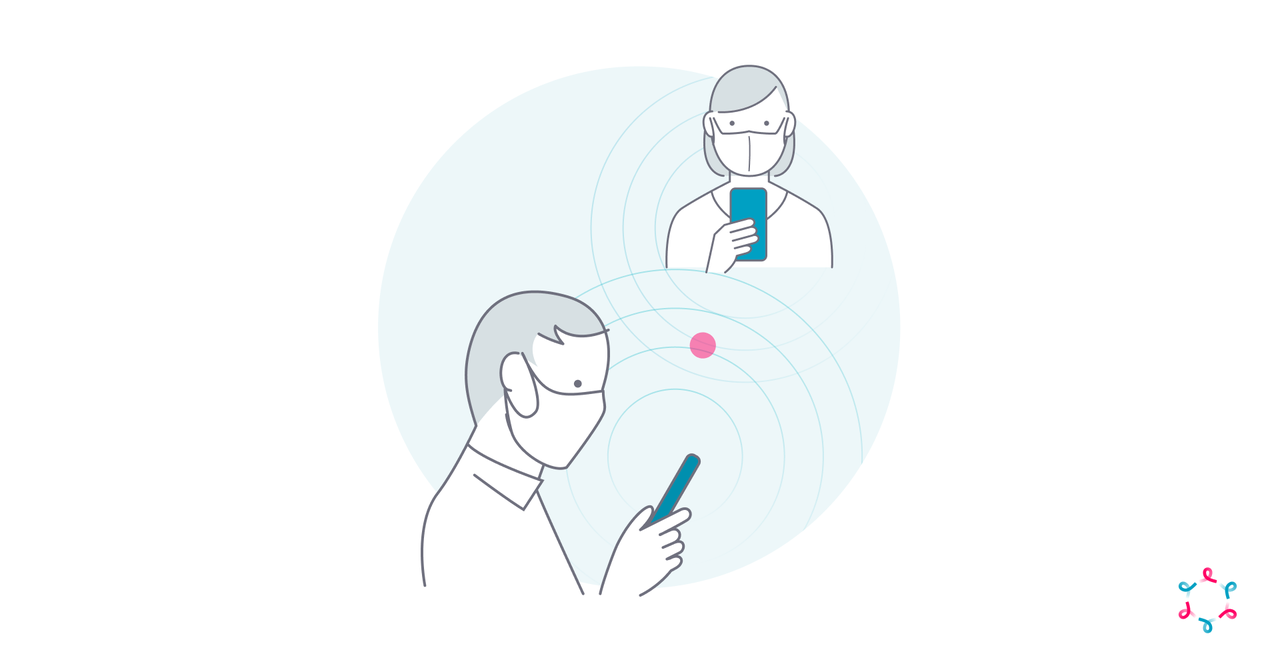 Since March 2020, I have been a part an initiative to develop the contact tracing app for Japan a.k.a Mamoriai Japan. The team behind it was formed under the leadership of Code for Japan (CFJ) and is around 50+ members strong. It comprises of engineers, designers, marketing experts, doctors and other domain experts.

The initial approach by the Japanese government was to allow multiple apps in the market which match certain guidelines and privacy expectations. But later after the introduction of new specifications by a joint initiative between Apple & Google, it was declared that only one app would be allowed per country to to have a better impact.

Following this constraint, the Japanese government decided to proceed internally with the development of the app, and hence CFJ decided to make all of it’s development efforts until that point as public with an open license. The goal of this open sourced app is to act as a reference point for the actual app which will now be developed by the government.

With this brief introduction, I would like to talk further about the backend itself and some choices about our technology stack.

The following interactions are possible between the mobile app & backend

1. Perform login via the backend api

All other backend API endpoints expect the JWT to have this custom claim, and if missing, it invalidates the request. For more details, refer to this PlantUML diagram.

This is just an endpoint to provide CRUD functionality for the user’s profile. Mainly used for updating a users prefecture location, which is in turn used for showing custom message from the health authorities in that prefecture.

We decided to read the profile info directly via Firebase SDK to reduce the load on our backend APIs.

4. Upload self diagnosis-keys via backend api (Needs to pass health-center-token in payload)

One of the most important steps is achieved by this API endpoint. Once a user finds out from a health authority that they have been diagnosed as positive, they can proceed to upload their self diagnosis-keys (previously termed as temporary IDs) to the backend API.

This upload is performed along with passing a health-center-token received via the health authority upon receiving the positive result. This step is done to prevent SPAM positive uploads by bad actors in the system.

In this step, the mobile app periodically fetches the JSON file which consists all the diagnosis-keys which were uploaded as positive. This data is matched against the locally saved diagnosis-keys, which are received from users when physically exposed for certain time/distance.

Upon a successful match, a notification is shown to the user asking them to take further action and contact the health authorities themselves.

6. As an asynchronous step, we run cronjobs to validate health-center-token and also to create the diagnosis-keys JSON file

We have a total of 2 cron jobs planned, of which only 1 is implemented so far:

Here is an attached Data-Flow-Diagram showing the above steps (Sorry for the small font size, please view it using this Miro tool link): 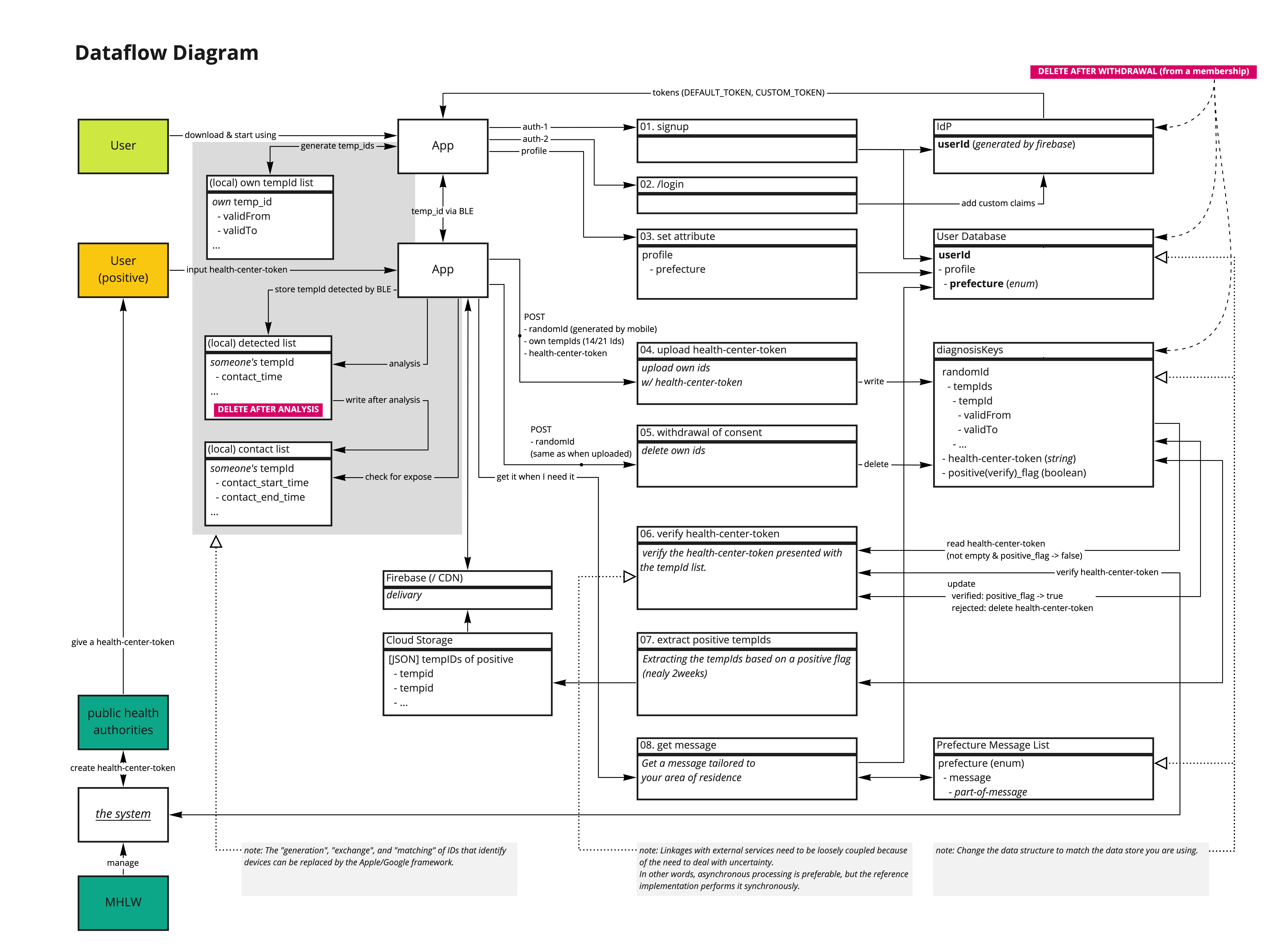 Within the repository, there is also some great backend logic for handling access control for admin users. But it seemed a bit irrelevant to talk about in this post, so we will skip it. Link to ACL logic diagram

Nest (NestJS) is a framework for building efficient, scalable Node.js server-side applications. It uses progressive JavaScript, is built with and fully supports TypeScript (yet still enables developers to code in pure JavaScript) and combines elements of OOP (Object Oriented Programming), FP (Functional Programming), and FRP (Functional Reactive Programming).
Under the hood, Nest makes use of robust HTTP Server frameworks like Express (the default) and optionally can be configured to use Fastify as well!

For secrets management, we decided to use AWS Systems Manager Parameter Store.

This basically covers the technology stack that was used for our backend.

The QA team performed load testing on the APIs using various tools like k6, JMeter, wrk2, Locust, Artillery, Loadroid. The gist of the load testing was that our backend easily scaled to 10,000 requests/second, only to hit a roadblock of usage limits by Firebase FirestoreDB’s free tier. I’d like to add more numbers and graphs from the load test, but unfortunately the compiled test report is in Japanese language. A basic penetration testing report is also available for reference.

The project is now open source, a big thank you to the contributors so far:

« Relational Database in the serverless era
comments powered by Disqus